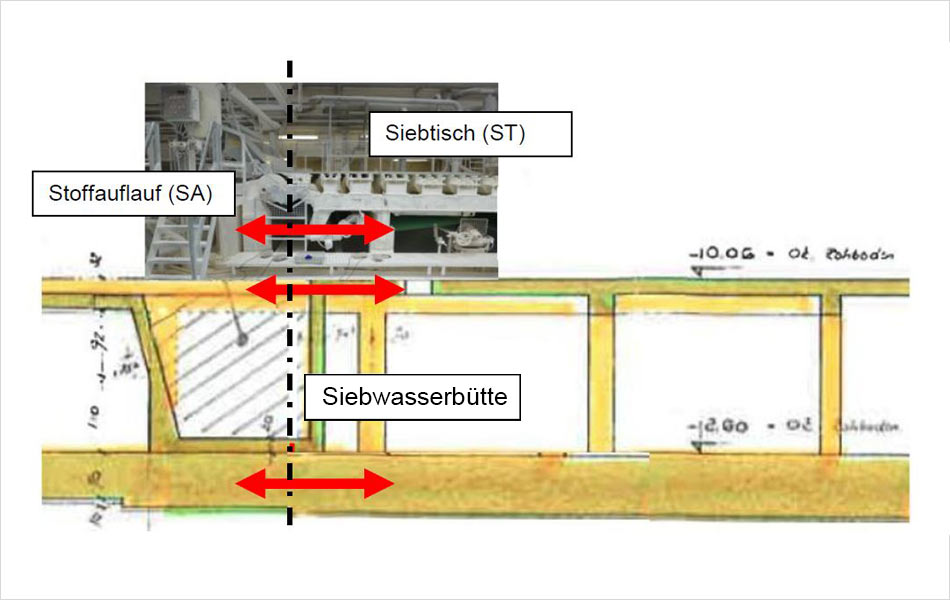 Since the PM3 headbox of the paper machine was found to be vibrating more heavily, causing paper thickness fluctuations, we were asked to investigate whether the problem could be solved by structurally separating the machine chair. An initial investigation showed that this would involve an enormous amount of work and would very probably not lead to the desired result.
We therefore called in the imb-dynamik office, which carried out extensive vibration measurements. The problem was the excitation of the sieve guide roller. The imb office then developed a horizontal damper and tuned it to the running machine. This simple measure was a relatively inexpensive remedy and the fluctuations in paper thickness have since been eliminated.